I’m delighted to be able to report that our only overnight event took place on Saturday and Sunday the 5th & 6th September at our club’s favourite location, Ballylickey, Co. Cork.

END_OF_DOCUMENT_TOKEN_TO_BE_REPLACED

Our first event of the season took place on Saturday 8th August at Gougane Barra. Barra it is said built a Monastery on an island in a lake nearby in the 16th century. The present ruins date from around 1700. The words Gougane Barra came from St. Finbarr who it is believed built the monastery.

END_OF_DOCUMENT_TOKEN_TO_BE_REPLACED 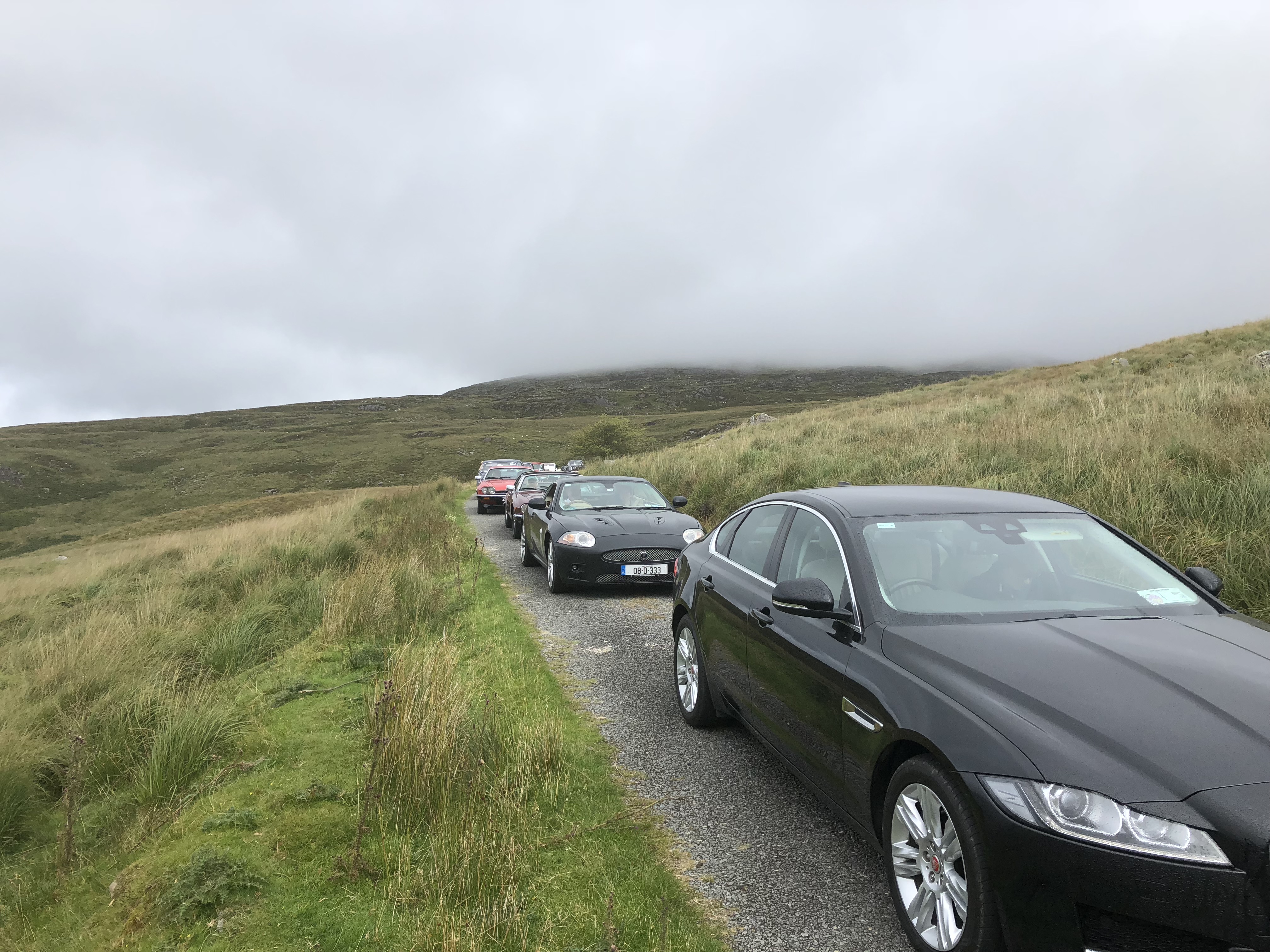 We had another great weekend in West Cork where 21 cars and over 40 people attended this event. Some of us began the weekend on Friday night and we had 22 for dinner increasing to 38 on the Saturday. This was greatly added to by our friends from the IJDC who brought 10 cars and 20 members of their club to the event.

END_OF_DOCUMENT_TOKEN_TO_BE_REPLACED

Now well established as a mainstay annual event, Ballylickey and the Seaview House Hotel proved as popular as ever this year. Growing in stature with the addition of our friends from IJDC, we had a total of 39 people for dinner on the Saturday night.

END_OF_DOCUMENT_TOKEN_TO_BE_REPLACED

It was an early start for everyone on Friday 30th August, I was fortunate to be picked up by Jonathan and Adam Sherwin arriving at the airport at 5.30am. We met up with John O’Driscoll, Larry Mohally and Robert Burns. The flight went on time and we landed at 8am and met Rodney who had flown from Dublin. We had a memorable breakfast in Bermingham airport (memorable for all the wrong reasons), an experience not to be repeated. We survived despite the attempt to poison John O’D with raw sausages.

We picked up our hired mini bus which was driven by John O’D and arrived at the museum in time for opening at 10am. We met up with Stuart McEvoy from Jaguar Heritage Trust who is well known to all members in the club and has been to the Terenure Car Show many times with several of the iconic cars from JHT.

END_OF_DOCUMENT_TOKEN_TO_BE_REPLACED

As far as Club events go, our recent trip to Jaguar Heritage in the British Motor Museum in Coventry will be hard to top. We were treated to a bespoke tour of the Jaguar section by Tony Merrygold, who shared his in-depth knowledge of the cars with us. It was exciting to see the cars that we have had in Terenure over the past decade on display and housed in this modern facility. 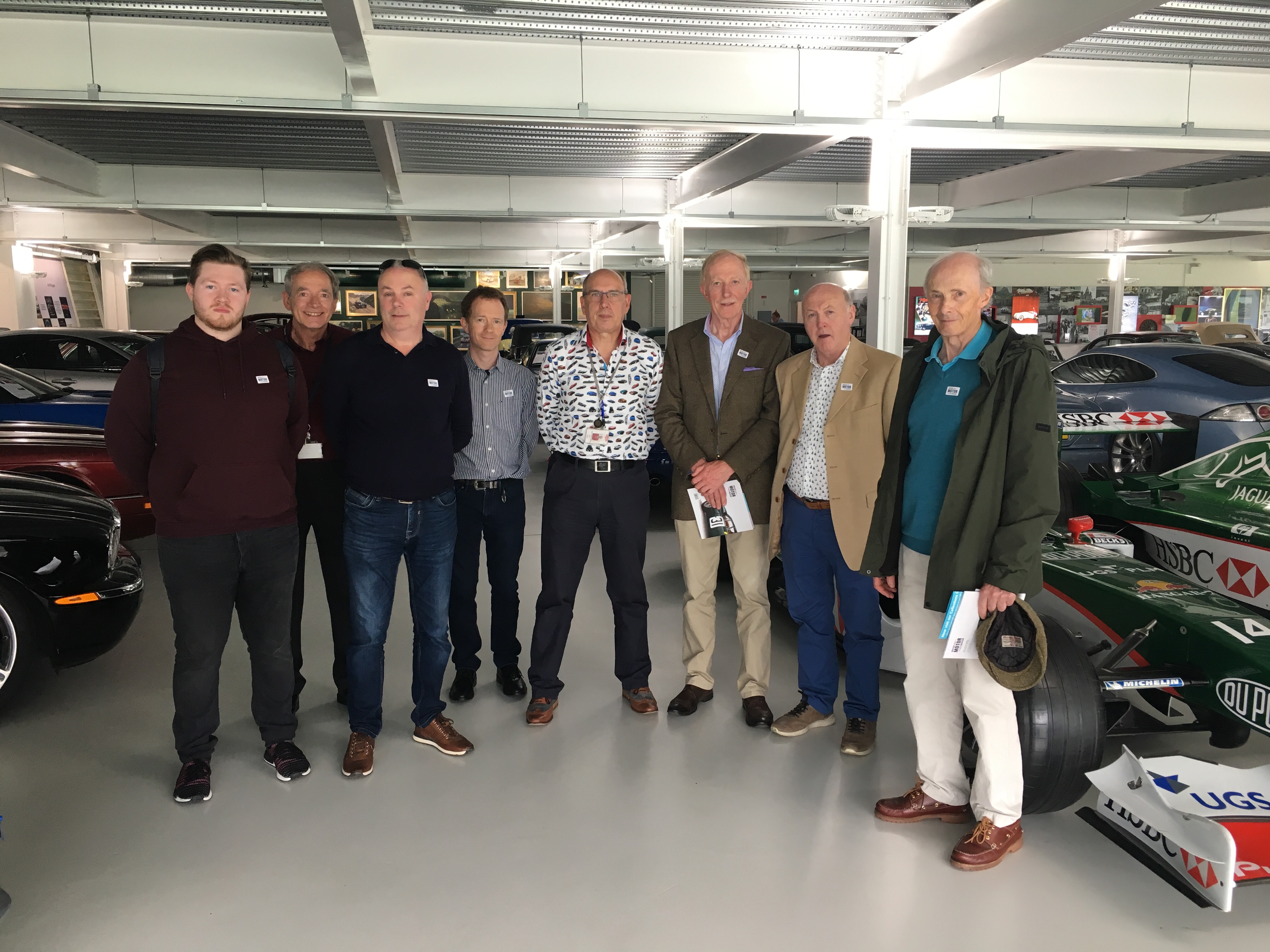 END_OF_DOCUMENT_TOKEN_TO_BE_REPLACED

Some photos of Mount Congreve Gardens from our day trip last Sunday, 9th June. We were lucky the day was very nice and everyone enjoyed it. After a walk through the gardens we went to Kilmacthomas where we had lunch in what was the old Workhouse. It’s on the Waterford Greenway, so there were lots of bikes and walkers. The restaurant is called The Coach House and the food was great. All credit to Michael for finding out about it, and he had pre booked it for us for lunch.

Four cars represented our club on the organised trip by the Jaguar Enthusiast Club (Fife & Tayside region). Also joining the trip were our friends from the Irish Jaguar & Daimler Club and the Jaguar Drivers Club area 30 N.I. We departed on the P&O ferry from Larne to Cairnryan at 1.30pm on Thursday arriving in less than two hours. Our first stop was in Irvine for an overnight stay, the following morning we headed to Pitlochery in Perthshire, by-passing Glasgow city on route. After checking into the hotel we explored the very pretty town of Pitlochery. At 6.30pm we met for drinks for the official start of the event and dinner followed at 7pm. Following dinner Terry McDougal, our host, outlined our itinerary for the weekend.

END_OF_DOCUMENT_TOKEN_TO_BE_REPLACED

We had our Christmas lunch in the Garryvoe Hotel on Sunday last, 27th January. Maybe that’s stretching Christmas a bit, but it’s worked well for the last few years combining the lunch with our AGM and this year was no exception. After a waist-expanding 3-course lunch,  and the annual raffle (where everyone was a winner!), we got down to business.

END_OF_DOCUMENT_TOKEN_TO_BE_REPLACED 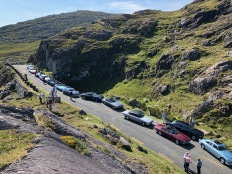 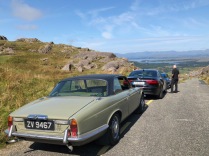 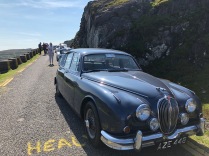