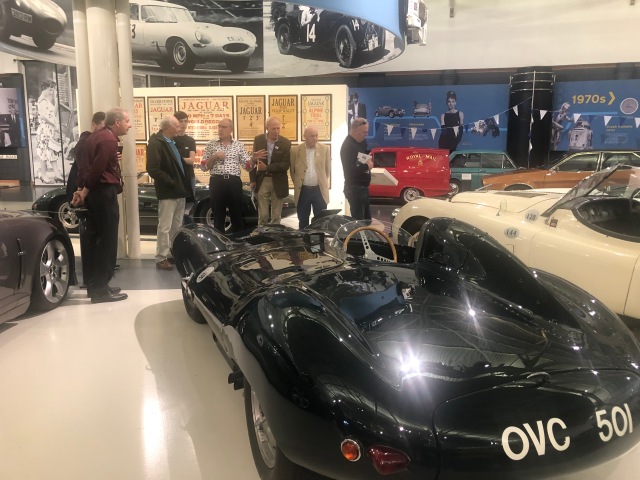 It was an early start for everyone on Friday 30th August, I was fortunate to be picked up by Jonathan and Adam Sherwin arriving at the airport at 5.30am. We met up with John O’Driscoll, Larry Mohally and Robert Burns. The flight went on time and we landed at 8am and met Rodney who had flown from Dublin. We had a memorable breakfast in Bermingham airport (memorable for all the wrong reasons), an experience not to be repeated. We survived despite the attempt to poison John O’D with raw sausages.

We picked up our hired mini bus which was driven by John O’D and arrived at the museum in time for opening at 10am. We met up with Stuart McEvoy from Jaguar Heritage Trust who is well known to all members in the club and has been to the Terenure Car Show many times with several of the iconic cars from JHT.

We went into the BMM and Stuart introduced us to Tony Marigold who is the curator for the JHT. Tony very kindly brought us to the Jaguar Cars around the BMM and gave us some history and background to the collection. It was then over across the road to the Jaguar Heritage Collection where once again Tony brought us around the cars. To say it was Jaguar heaven is one way to describe it.

Back to the BMM for our lunch and then we left to go to Jaguar Special Vehicle Operations which was a drive of about 30 minutes away. There we met with Rodger Atkinson with his son Chris. Rodger would have usually accompanied Stuart to Terenure . Chris is an employee of Jaguar and is driving a lovely F-type.

Arriving at JSVO at 2pm we met Tony O’Keeffe who is now head of JSVO and many of you will know him from JHT and he has visited us in the past in Dublin. Our group and a group of university post graduate engineering students were brought into the assembly to see the work being carried out on the XK, E-type and C-type Jaguars. The E-type we were told sold for £1 million and the C-type for £1.8 million with a list of people to buy them. By this time it was 4.30pm and time to make a move to the local pub for some light refreshments. We said goodbye to Rodger and Chris and left for Bermingham airport and our flights to Dublin and Cork. A really great day and thanks to all concerned. 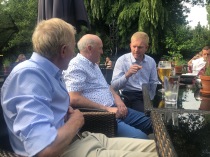 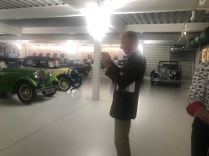 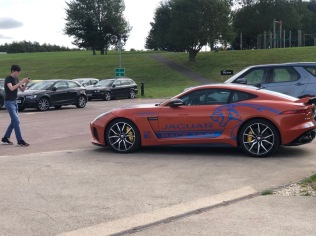 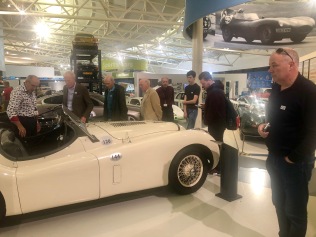